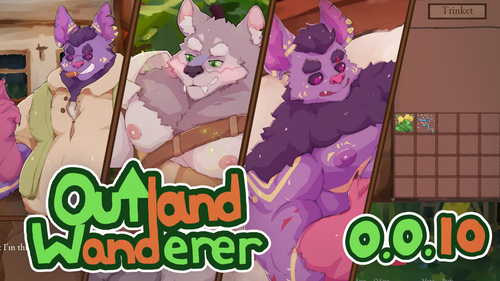 - Stirring Roots: Lothar has been informed that the Lusterfolks have been feeling weird after encountering certain plant in the forest...

- Gift of the Wanderer: After telling Haskell about your life before stumbling on this strange world, he discovers an unusual power that you can utilise...

- Lothar under Aphrodisiac: After battling a weird plant, the hero and his disciple begins to feel a weird sensation seeping through their mind...

- Cane's Favour: Cane elaborates on what he means with the curious server... (2 Unique Images)

- The Tailor's Yarn (Part 1): Rahim needs some clothing made from you, as a reward you may stay in his house for his personal story.

Trinket of the Wild: Looking and finding secrets around the map will grant you a Trinket that affects your gameplay!

- Weeping Willow: Heals you whenever an enemy takes damage, but lowers the effectiveness of your defense.

- Devil's Snare: Your normal attack now deals additional damage scaled with your flirt, but your maximum lust decreases by 15.

- 2 New Musics: Music for battle and the dark forests is added to the game. All Credit to Will o Wisp again!

- The Knight Set: The iron armors can be found and equipped now.

- Quest Progress Temporarily removed as the bugs seem to not be fixing itself.

- Walking in Dungeon now takes a minute (in game).

- Fixed Issue with empty dungeons after losing to werewolves

how can i get canne favour event

Dont know where exactly i should write this but i have major bug in v 0.0.9. When i trying to put on/take off items i getting rollback issue which prevents me from finishing "dress up" and "strength and disguise" quests.  I also have minor issue with icons overlay 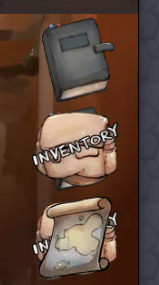 Hey there~ if you're updating from v0.0.4 or earlier~ remember to use a new save!

So you want to say i should replay whole thing over?

Yep~ Sorry for the troubles! It wouldn't require new save from v0.0.4 onward.

Ah! I figured redrawing cane would be divisive, but after the renewal of most other older characters, I feel the urge to give him a more modern look. But yeah, I can give him a few adjustment to resemble old Cane more.

Cane used to had a dark aura of an old bartender, now hes face looks like a spoiled child

damn was it that different? maybe it's with the vibrant and bright colour I suppose? I'll try updating his sprite to see what I can do~

Reply
Shredder the werewolf5580 days ago

does anyone know if i have to wait for the day 90 in v0.10 to revisit with wuldon the blue werewolf

Reply
Shredder the werewolf5579 days ago

when should that be dropping on patreon

is vurro in the public update?

update: i found where he is but is there another way to get to him that doesnt require upgrading agility? and is there a way to get a pickaxe yet?

Oh~ I don't think you need agility in that segment~